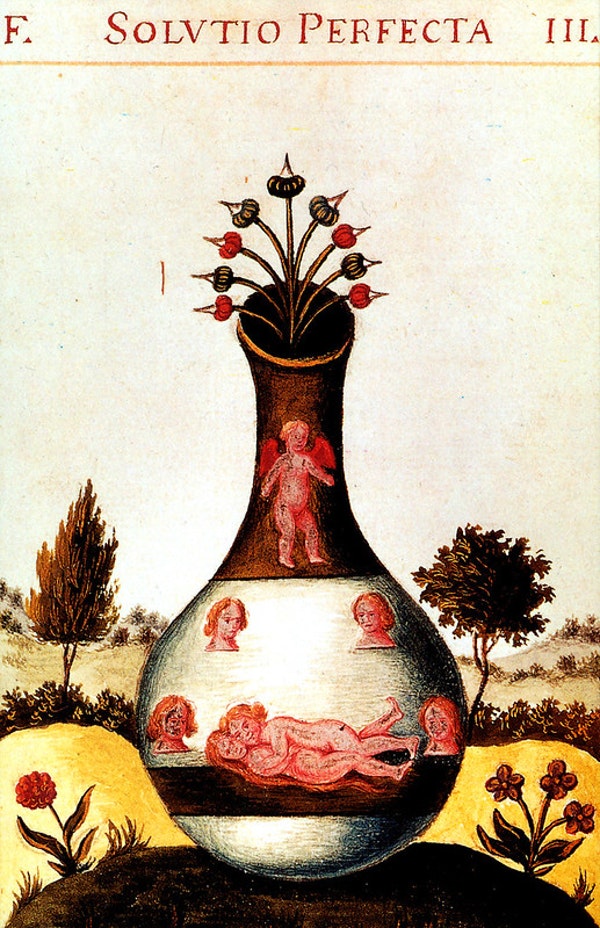 Surrealism And Magick: The Complete And Utter Last Word*

So… what is the relationsihp between Surrealism and magick?

That’s the question that’s preoccupied me above all others over the past few years.

It’s at the heart of The Golden Cut. (Available now folks! C’mon, don’t begrudge me a little plug.)

I’ve also pondered it here in an occasional series of blog posts. Since I finished The Golden Cut I’ve examined the Surrealism and magick question from various angles, including

not to mention my musings on noted Surrealist-magickal practitioners such as Leonora Carrington, Remedios Varo and Ithell Colquhoun; and on tarot, anthropology, alchemy, etc. etc. etc.

So it’s a train of thought that’s been rattling along the tracks of my brain for a long time. Now I’m ready to bring it to a close. This may not be my final word – I can’t promise never to bend your ear about it again – but it sums up my thinking on the topic for the time being.

So here it is, my big theory about the nature of the relationship between Surrealism and magick.

I think this distinction is the key. Once you grasp this, the nature of their relationship – their points of compatibility and incompatibility – fall into place.

Magick Consists Of A Set Of Systems

The systems of magick include, but are not limited to, Kabbala, tarot, geomancy, I Ching, Goetia, Enochian, and the various hierarchical/graded initiatory systems associated with specific schools such as the Golden Dawn, Thelema, the Typhonian Order and others.

Some magickal systems can be combined with and/or nested within others. Indeed, the great project of the Golden Dawn – a project that was equal parts brilliant, ridiculous and doomed – was to combine all of the various available systems into a single meta-system. (A system that chaos magick then deliberately pulled apart again in the 1970s and 1980s, but that’s a whole nother story.)

Surrealism Consists Of A Set Of Principles

The principles of Surrealism include, but are not limited to, automatism, mad love, revolt, dialecticism and the quest for “more reality”, all of which are encapsulated in the Surrealist call to change life (in Rimbaud’s sense) and transform the world (in Marx’s sense) at one at the same time.

These principles are the bedrock. All of the methods and techniques that Surrealists employ – from fumage to collage, delirium to dérive – are wholly in the service of those principles. The principle that beauty must be convulsive, for example, entails that one’s every word and deed is an attempt to bring convulsive beauty into being. One uses whatever methods offer the most promising ways to do that.

This of course is the essential point that most academic and media commentators get exactly wrong. They fetishise the techniques – and even more misguidedly, the results of those techniques, such as Surrealism’s supposed “weirdness”, or its “juxtapositions” – without understanding the principles. And thus they put the cart before the horse. There’s a juxtaposition for you, if you like.

But I digress. Let’s get straight to the punchline.

Is That A Principle In Your System Or Are You Just Pleased To See Me?

Surrealism and magick are compatible in so far as magick’s systems can be put in the service of Surrealism’s principles.

Simple, eh? Now that I’ve typed it out, it looks obvious. But it’s taken me a long while to boil it down to that.

It’s relatively easy to flesh it out with examples.

Tarot systems, for example, are highly compatible with Surrealism because they speak so well and clearly to the principle of objective chance.

By contrast, Enochian magick is likely to be less compatible with Surrealism. Its sheer complexity as a system means that it speaks less directly to any of the specific Surrealist principles. The Enochian system also calls (literally and figuratively) on the transcendent in a way that contradicts Surrealism’s principle of materialism.**

What I want to draw out here, from a conceptual point of view – the essence that it’s taken me all this time to distil – is that when we’re comparing magick with Surrealism, we’re not comparing like with like.

No, what we’ve got is principles in one alchemical flask, and systems in another, and we’re getting the vessels to communicate.

Principles and systems. Mercury and sulphur.

That’s the nature of the relationship between Surrealism and magick.

All images in the public domain.

* Or probably not, depending on my ability to shut up, which I often can’t.

** I’m eager to be proven wrong here. So if there are any Surrealists out there who have actually attempted to use Enochian magick to Surrealist ends, I would be absolutely fascinated to hear about it.

Take a peek behind the veil.

Processing…
Success! You're on the list.
Whoops! There was an error and we couldn't process your subscription. Please reload the page and try again.

4 thoughts on “Surrealism And Magick: The Complete And Utter Last Word*”